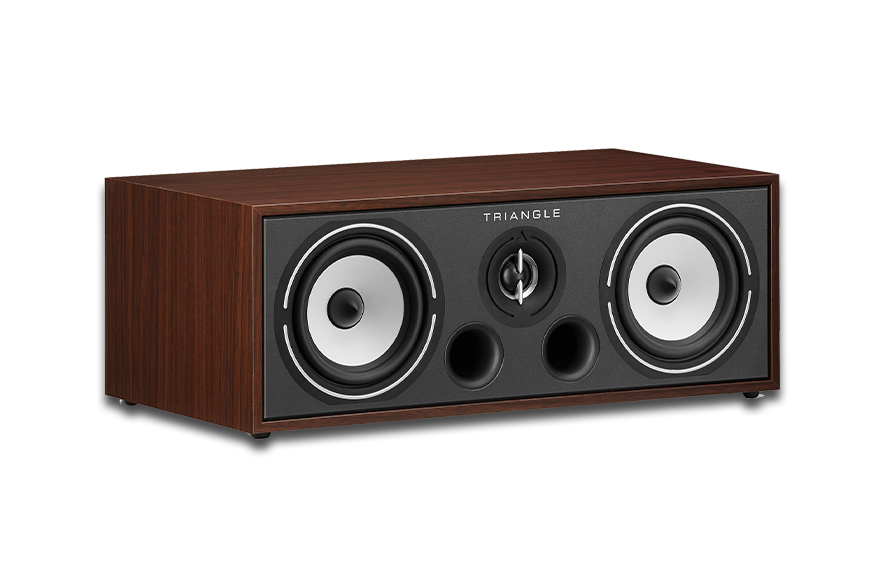 The BRC1 speaker is a center channel designed for home theater setups. Placed in the center of your audio-video system, it is only dedicated to ensuring natural-sounding vocals.

This two-way speaker is equipped with two 13cm midrange/bass transducers with a natural cellulose paper membrane, and with the new 25mm EFS silk dome tweeter.

A key element of the home theater system, the center channel gives intelligibility and intensity to the dialogs. The ports positioned on the front baffle allow you to freely position the BRC1 without creating unwanted reflections. 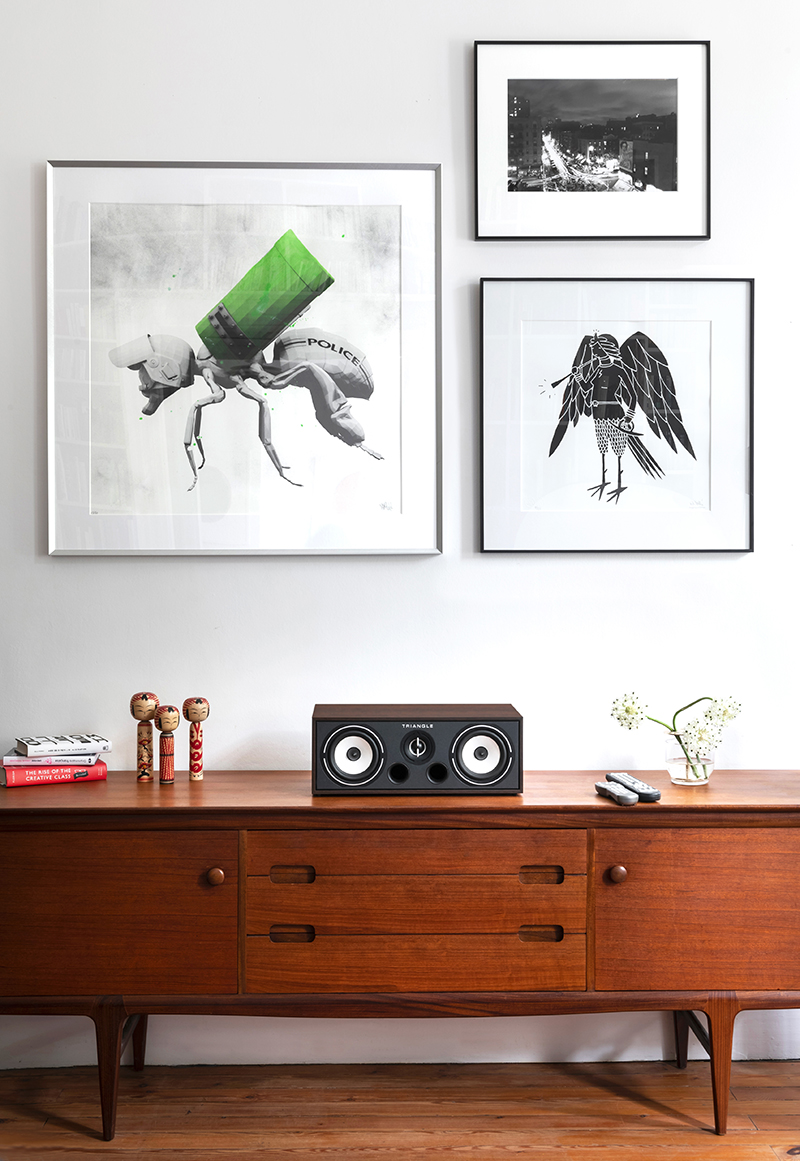 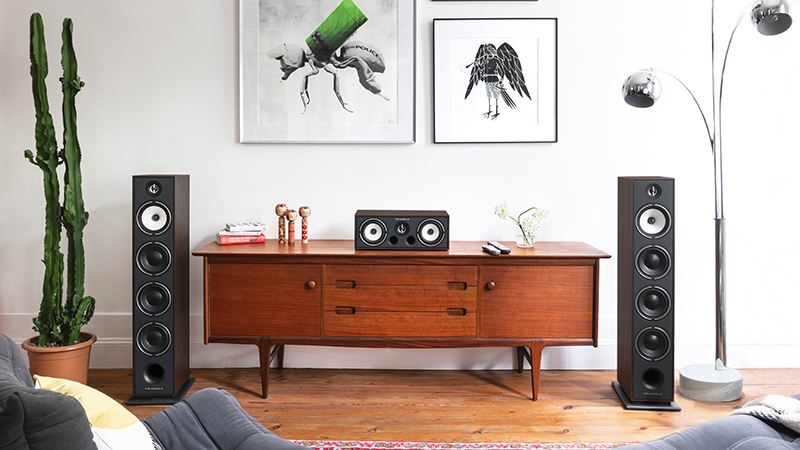 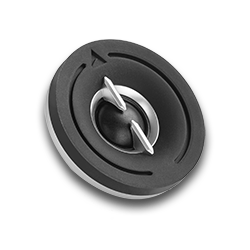 A DIFFUSION THROUGHOUT THE ROOM

The tweeter of the Borea range is equipped with a next-generation system called EFS* (Efficient Flow System).

It is based on the association of a 25mm silk dome, known for its neutrality, with a phase plug developed specifically to homogenize high-frequency diffusion. This system significantly reduces the directivity regardless of your listening location in the room.

The dome is placed inside the partial horn loading, reducing reflections and allowing a clear reproduction of the high frequencies.  This transducer is powered by a neodymium motor generating high magnetic power in a compact size. It is coupled to a cooling system, ensuring a better power handling.

The Borea range, inheritor of the Esprit Ez technological innovations, also incorporates a midrange driver with a membrane made out of 100% natural cellulose paper, receiving no surface treatment. This paper membrane, unique to TRIANGLE, avoids any coloration of the intermediate frequencies, and transposes the voices with stunning realism and tonality.

In an ongoing pursuit of excellence, the profile of the cone was also redesigned to improve the rigidity and now provides an extended frequency response.

On the three-way floorstander, the midrange driver incorporates a small pleat peripheral short-travel suspension, which Triangle is known for. Very rigid and perfectly adapted to the driver with short travel suspension, it allows a perfect control of the movement of the moving elements, thus ensuring natural-sounding vocals. 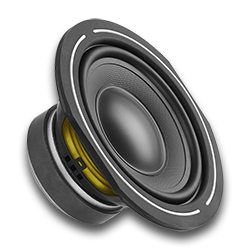 The mission of TRIANGLE’s engineers is to deliver a rich and dynamic sound in the low frequencies, emphasising the pace without ever distorting the music.  Controlled low frequencies is an ongoing quest. Living up to its reputation, TRIANGLE focuses on fast and precise drivers, with large engines, all housed in optimized cabinets. The impact disappears as quickly as it has arrived, for a perfectly controlled rhythmic reproduction.

To achieve this, TRIANGLE has opted for membranes in fiberglass with an excellent vibratory behavior. Their rigidity enables to strongly reproduce each impact while leaving space for the vocal range, thus keeping an airy sound. 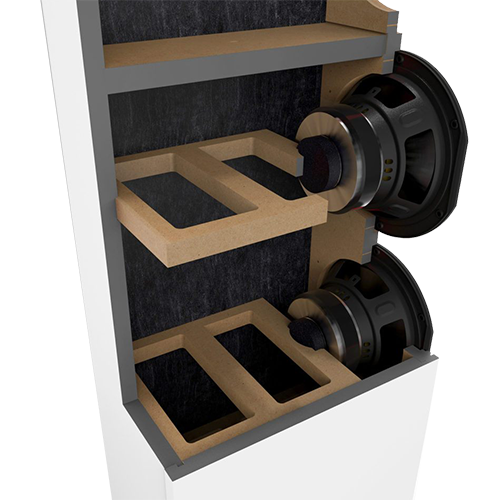 Significant research has been carried out to reduce internal vibrations in the cabinet. Unprecedented in speakers of this category, all models of the Borea range feature perforated internal panels in MDF & EVA foam, thus stiffening the transducer/cabinet combination.

This innovative concept not only reduces the vibratory behavior of the structure but also absorbs the vibrations generated by the movement of the bass drivers. This proprietary system unique to TRIANGLE is called DVAS (*Driver Vibration Absorption System).

At the end of each internal reinforcement, a high-density EVA foam gasket ensures the contact between the motor of the transducer and the reinforcement. The vibrations of the driver generated by the suspension of the membrane are greatly mitigated, the latter transmitting a low residual vibration to the cabinet.

The DVAS system considerably reduces the vibration of the speaker and reinforces the notion of neutrality and clarity when listening. It results in a better listening experience with no coloration or structure noise. 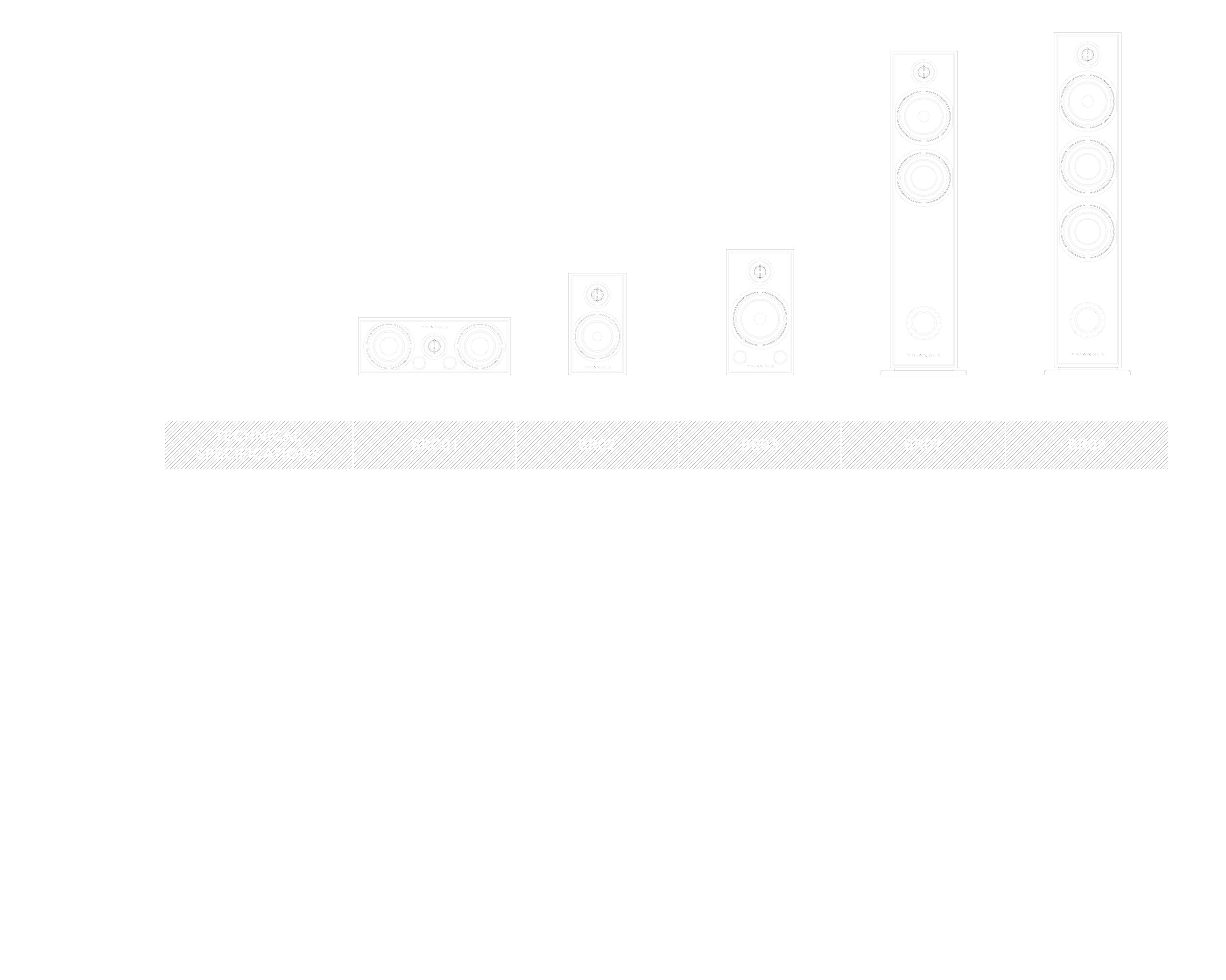